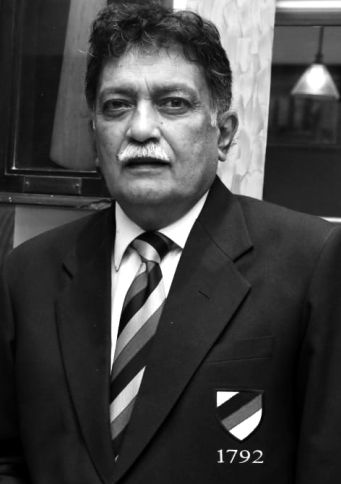 Compliments of the Season.  Hope you had an enjoyable Puja holidays.  Bijoya Sammilani will be celebrated on the 15th of this month with the popular Bengali folk Band “BHOOMI” performing.  The Club kitchen will be organising a special; Bengal cuisine that evening.  We hope to see you at the Club.  With the festival of lights coming up in the next couple of weeks, I take this opportunity to wish you and your family a very happy and prosperous Diwali.

Sports has been in the forefront in the last couple of months.  We had a full football season after a couple of years.  Apart from the weekly friendly fixtures, the section had organised the Corporate (Merchants’ Cup), open tournament and the franchise league.  They have done a good job and lots of members got the opportunity to participate.  The fun football (mainly for seniors) was also very popular this season.  It was heartening to see the club ladies team playing some friendly matches.  CC&FC Reds also hosted the Army XI for the J. Thomas Cup and this was reciprocated by the Army when they hosted us at the East Bengal club ground.  Both matches were won by the Army team, which proved to be much superior.

The ground has been closed now to make it ready for the cricket season.  Work on the pitches has also commenced and weather permitting, we aim to get the ground ready sometime after the first week of November.  In mid November, we also plan to host some Vijay Hazare Trophy one day tournament matches involving top state teams of the country.

I would like to congratulate our member, Jhulan Goswami, on such a brilliant international career spanning over 20 years.  She had her swan song recently at Lord’s – the mecca of cricket.  She has been a true ambassador of the game and we are extremely proud of her.

While our cricket pro team did well in the CAB organised tournament last season, we are hoping for an even better performance this year.

The CFC pro team, which plays in the 1st Division of the IFA tournaments did very well this season and finished second.  Presently they are playing for a promotion to the Super Division.

Tennis section continues to thrive with large participation by members.

Darts has been in the limelight for couple of years.  Apart from winning various inter club tournaments, some players from our club excelled at the National level.  It is incredible that in the recently held Nationals in Goa, Aryaveer Chokhani, a dependent member, all of 12 years won the Junior and Senior’s Championship.  He also teamed up with Clinton Khanna to clinch the Men’s Doubles title and then went on to win the Mixed Doubles title with Jackie Khanna.  Jackie Khanna also won the Ladies’ tournament.

With the festive season arriving, apart from the usual events, some special programmes are being planned.  We will keep you posted on these.

The communication section is working towards bringing out an audio visual version of “Ballygunge Bull”.  This will be brought out every quarter and we hope members enjoy it.

The Pool Pub has been refurbished recently and is ready for use.  Members can book this facility for their private get-together/ parties etc.

We will be renovating some other facilities as well in the near future.

I, on behalf of the General Committee, wish you all a happy festive season.